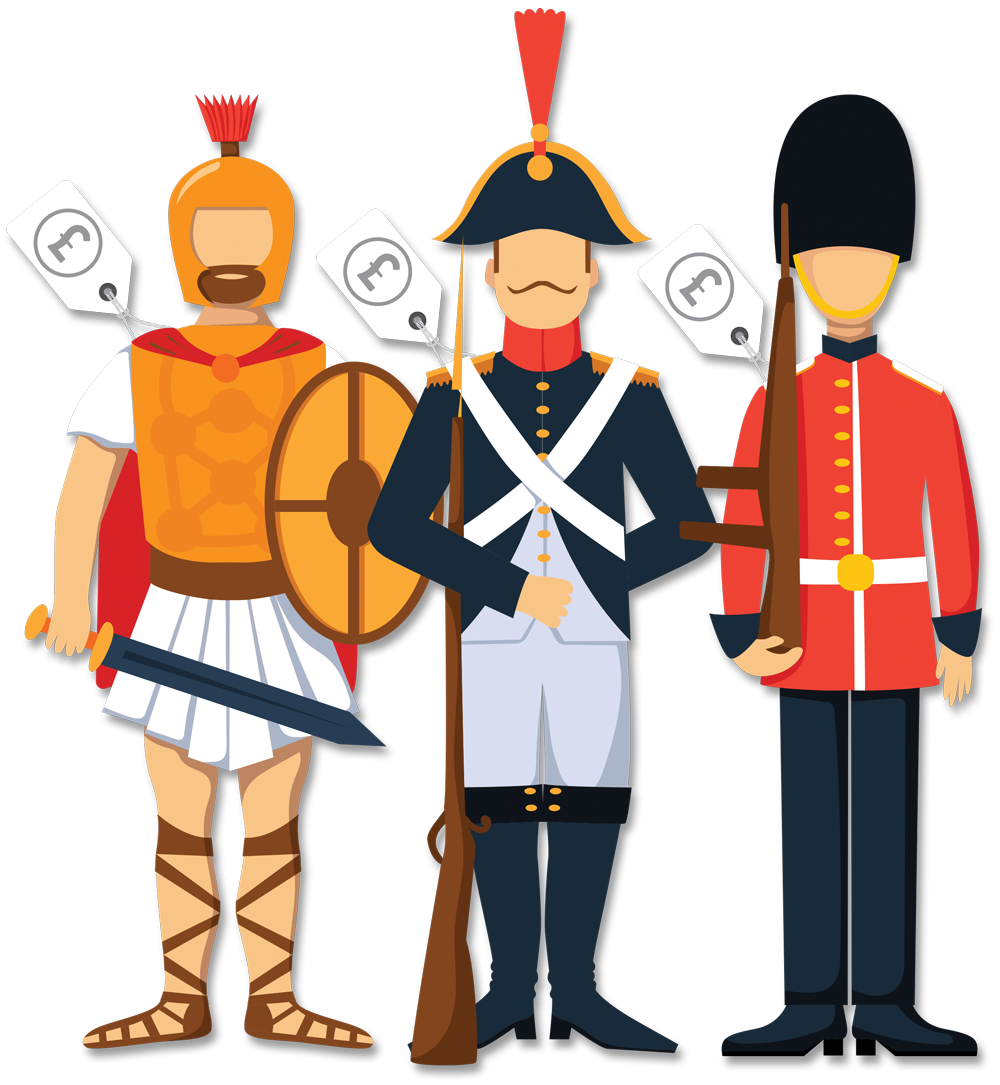 How much is your collection worth?

Have you ever thought about how much effort you have put into getting your wargame figures ready for battle? Or the value of the figures, units, armies and collections you own?

How much is your collection worth?

Have you ever thought about how much effort you have put into getting your wargame figures ready for battle? Or the value of the figures, units, armies and collections you own?

Get started, register now
Directory link of the week

EVENT ATTENDANCE: Many organisers are now planning to hold their wargaming events in the coming months following increasing freedoms in many areas from Covid-19 restrictions. However, these events may still have to be cancelled or changed at short notice. Please click through from our Directory record to the Event organiser's website before attending any event for the latest news on any restrictions or requirements on arrival.

The Men Who Would Be Kings TMWWBKs

For miniatures games I prefer rules that are simple,fast and give me a good game experience. I have been a fan of the "Rampant" series by Daniel Mersey since I first played Lion Rampant, now I own "Lion(Medieval),Dragon (Fantasy), Rebels & Patriots(AWI, FIW etc)"and now" TMWWBKs (Colonial). I also own his "Dux Bellorum" rules.(Totally different rules system but still excellent).

Bennar Flamebeard belongs to a proud lineage of warriors, knights, and paladins. An only child, he looks to continue on his family's honorable name. However, it has been tarnished by a recent incident between a rival clan of dwarfs, the Ungarts. Framed and cast out by the church he so faithfully protected, he seeks to redeem the Flamebeard's name and have his banner raised again in the church.

VIEW ALL
Wargames Club of the week

Gloucester Wargames Club
Gloucestershire, United Kingdom
Gloucester Wargames Club meets most Wednesday evenings from 7pm to 11pm at the Gala Club, Fairmile Gardens, Tewkesbury Road, Gloucester. Most weeks there will be a number of Ancient period games using DBM rules and one or more other periods being played such as American Civil War (Land and River warfare), Napoleonics, Second World War, Moderns, even the odd game of 1930's Gangsters or Big Game Hunting.
http://www.gloswar.20m.com
VIEW ALL

Wargames Collections is free and full of features.

Instantly calculate the reserve price you should put on your wargame figures if you are offering them for sale or as an inventory for your insurance.

Build your own Table of Organisation and Equipment unit by unit and see how your collection increases in value as each additional item is added.

Upload photos of your units and describe what they are and their current make up. We will then keep a record of your collection safe and sound for posterity.

Our Directory is a great place to start if you are looking for a club to join or want to find out almost anything to do with wargaming.

Download all the free rules, table cards and battle briefing for our award-winning participation game, Battle of Little Bighorn

All the key upcoming shows in the wargaming calendar,with links to each organisers website and directions to the event itself

A selection of rules for Gaming Battles, written by Peter Riley. Each set of rules can be purchased as book or downloaded as a pdf.